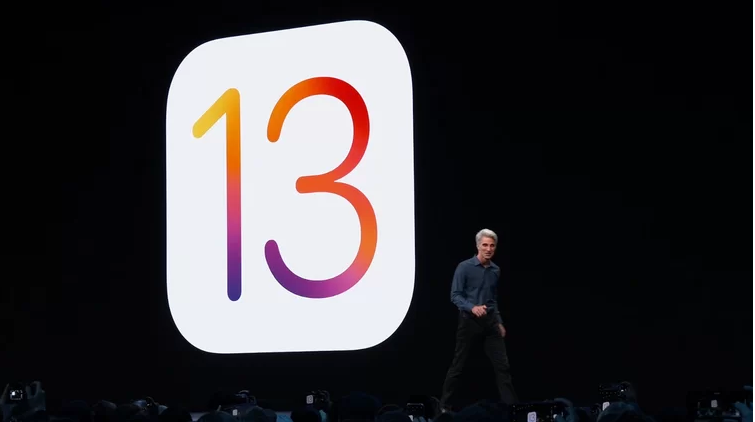 According to Craig Federighi, Apple’s senior vice president of software engineering, iOS 13 is the “next big release for iOS,” and it will offer a variety of improvements to the operating system.

The focus is on much improved performance, Apple sign-in, a new (and long-awaited) Dark Mode and a completely overhauled Maps app.

However, please note that iOS 13 will be available to iPhone devices (starting with the iPhone 6S, meaning that iPhone 5S and iPhone 6 users will be left behind)

Apple says it has focused on faster performance once again. For example, unlocking your iPhone with Face ID is 30 percent faster. Downloading apps are getting sped up, too. That’s because Apple worked to make apps 50 percent smaller. Updates are also 60 percent smaller. The result: launch speed for apps is now 2x faster.

Dark Mode in iOS 13 makes your content look more immersive, with a dark background for the home screen and in all sorts of apps, from messages to photos. The idea is to make your content pop more, though the company didn’t say anything about potential battery life savings on iPhones with OLED screens.

Apple says that Dark Mode can be scheduled to be turned on automatically at sunset, which is neat. The company is making the feature available for developers so they can give their apps a Dark Mode makeover.

Apple is building in protections for privacy, such as having apps ask you just once for your location. You can also get background tracking alerts. Plus, Apple is trying lock down side doors that use Wi-Fi and Bluetooth connections.

But the most noteworthy privacy change in iOS 13 involves anew sign-in option to bypass Google and Facebook. It’s called Sign in with Apple. This simple API allows you to log in without revealing any personal info. If an app requests your name and email address, Apple will let you create an anonymous random email address that forwards to your real email. And each app can have their own random email address, making it easier to weed out the apps you don’t want troubling your inbox.

With Sign in with Apple, it will work on devices with Touch ID and Face ID, so you don’t have to have a newer iPhone or iPad.

Apple says it has driven over 4 million miles to rebuild its Maps app from the ground up. The overhaul, which includes broader road coverage, better pedestrian data, more precise addresses and more detailed landcover, will be completed by the end of 2019 in the US and roll out to other countries in 2020.

There’s a new binoculars button with a look-around window. This gives you a 3D view of your surroundings, making it easier to explore. If you turn your phone to landscape mode, you can zoom down the street, and you can also tap on labels to learn more about nearby landmarks and businesses.

Other features in Maps include collections so you can group things you like in the cities you visit most or live in. A Favorites feature lets you store the places you frequently visit, so you can call up directions with a tap.

There’s not much news here, other than the fact that you can now swipe to type in iOS 13 with the stock keyboard. Android phones have had this for years.

Rewrote from the round up. The app can automatically recognize daays and times to set reminders. If you tag a person in a reminder, you’ll automatically get a notification the next time you send them a message in Messages. Apple also made it easier to add locations and flags, as well as attachments.

Messages are getting more personal in iOS 13. You can choose to share your name and picture. There’s a lot new options in Animoji, too, including makeup options like eye shadow, eyeglasses and sunglasses and (yes) even AirPods.

Memoji Stickers are coming to iOS 13, which give you a lot more options to personalize your messages. And those stickers will be integrated directly into the emoji keyboard, so you can use them in apps beyond just iOS’s built-in Messages.

Apple is making it easier to tweak lighting effects with the Photos app in iOS 13. You can now change the intensity and direction of portrait lighting. iOS 13 is also adding a ton of editing effects to both photos and videos. For example, you can rotate a video and apply all sorts of effects.

Apple is also introducing a new way to browse through your photos. Apple is removing duplicates and clutter via machine learning.Thee are now Days and Months tabs for browsing through your pics, and there’s also Years. The option is smart enough to know what day it is and flash back to the same day on previous years. This can come in really handy when looking through previous birthdays for a loved one.

Apple is revamping the interface for CarPlay with iOS 13, so you can see your Music and Maps at once. Siri will also do a better job of staying out of your way visually while also offering support for third-party navigation and audio apps (maybe Spotify? Please!).

Siri shortcuts is getting smarter with suggested routines. Siri is also going to sound more natural with neural TTS (text to speech). Apple showed off a quick demo, and it sounded a lot more human-like.

By adopting the latest technology coupled with vast experience that we gained throughout years of projects, we had built a strong and solid team that is able to fulfill your needs and translate your business requirement within project time frame.